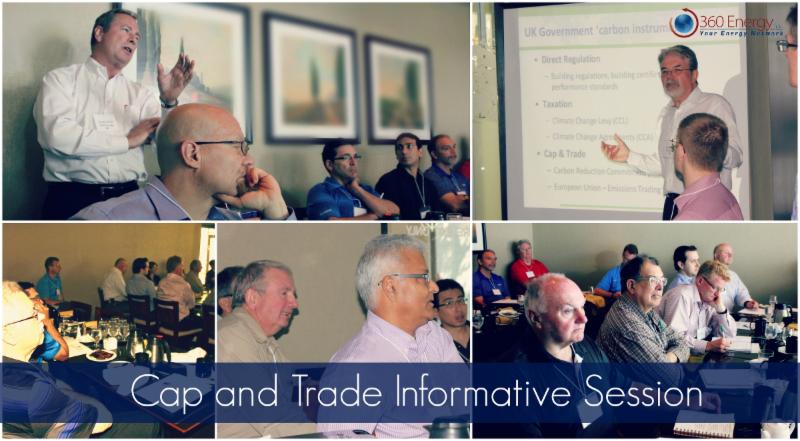 Ontario industry can remain competitive if they take a proactive approach to carbon management. This was the message from Mr. John Pooley, a Professional Engineer and Fellow of the United Kingdom Energy Institute. Pooley, with more than 30 years of experience in energy management, told Ontario industry leaders the provincial cap and trade program is a challenge that can best be met by undertaking a comprehensive approach to energy use. “Those that understand their current carbon footprint, have verifiable data. If they also are looking at ways to work within any new regulations, they will certainly be well ahead of the majority,” Mr. Pooley said.

A select group of industrial, commercial, utilities and independent consultants, meeting in Burlington on Thursday, were briefed on pending cap and trade regulations coming to Ontario. The event was organized by 360 Energy Inc., one of North America’s leading energy management consulting companies.

Many of the details surrounding the proposed Cap and Trade program are still under review within the Ontario Government. Given this uncertainty, 360 Energy, brought their UK director, John Pooley, to present the European experience and identify lessons organizations in Ontario could take from other cap and trade programs. Mr. Pooley’s message was that, “in the early stages, a proactive approach to carbon management, which for the most part is simply energy management, can set organizations on the path of gaining a competitive edge.

360 Energy keeps customers informed and engaged in the on-going changes to Ontario energy markets. Mr. David Arkell, CEO for 360 Energy observed, “The Ontario carbon market is coming. Many will want to avoid it altogether. But those that are prepared, will adapt quickly and capitalize on energy efficiencies that are identified in their organizations. They will be the ones that manage these risks most successfully”, he concluded.