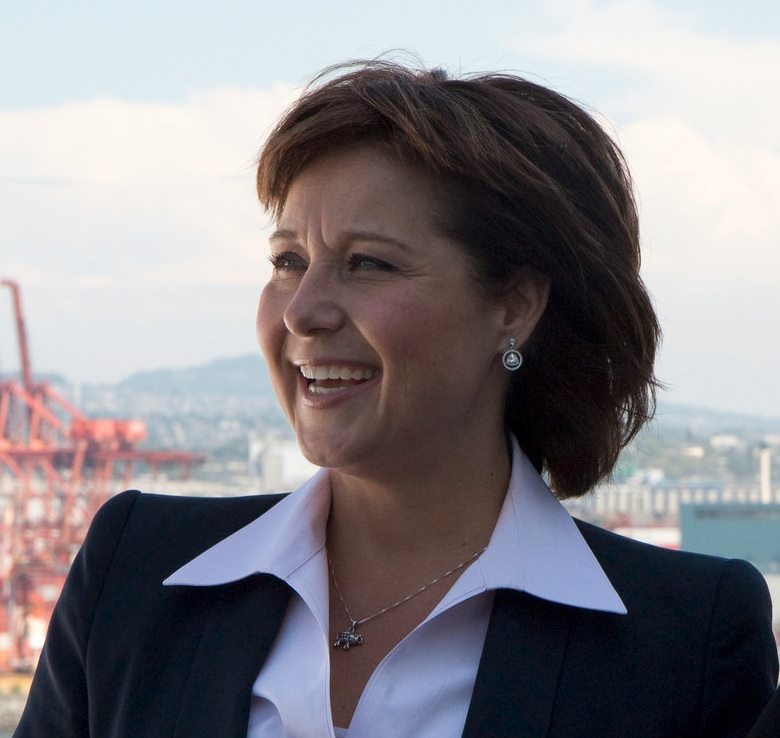 The 360 is keeping our customers and network informed about federal and provincial government actions to address climate risks. We are pleased to share the responses of British Columbia Premier, Hon. Christy Clark to questions posed to her by David Arkell, CEO of 360 Energy. Premier Clark shares her views on how a revenue-neutral carbon tax has helped British Columbia achieve real emissions reduction of greenhouse gases while the economy has grown.

Arkell: Why should Canadians care about climate change? Why is action on climate an important policy for the BC Government?

Premier Clark: Climate change is a global problem that will require both global and local solutions. BC is a recognized global leader on climate action. Our government recently announced plans for a new climate action plan – working with British Columbians on new climate actions to support a growing economy, while reducing future impacts. BC has demonstrated it’s possible to reduce emissions while growing the economy, and we continue to build on that success.

Arkell: The BC Government has been a leader among the provinces in terms of energy conservation, energy efficiency and GHG reductions. Where will the Province next focus its efforts to make further progress in these areas?

Premier Clark: To ensure we remain a global climate leader, we are moving our climate agenda forward with the development of a new Climate Leadership Plan. As the first step, we announced members of our new Climate Leadership Team, made up of leaders from BC businesses, communities, First Nations, academia and the environmental sector.

Our Climate Leadership Plan will help us meet our legislated GHG reduction target of 33% below 2007 levels by 2020, and 80% below by 2050. BC has also joined forces as part of an ambitious new international action to tackle climate change, which includes reducing greenhouse gas emissions between 80% and 95% below 1990 levels, or to two tonnes or less per capita, by 2050.

We’re also working closely with our Pacific Coast Collaborative partners in Washington, Oregon, and California to increase energy efficiency, renewable energy, and consistent monitoring and reporting of our emissions. In May, we were joined by Ontario and seven other subnational governments in the “Under 2 MOU” – an agreement to work together to limit global temperature increases to less than two degrees Celsius by the end of the century.

Arkell: What are key “lessons learned” in terms of climate policy and carbon pricing, that people in other provinces should take from BC’s experience?

Premier Clark:There’s increasing global recognition, not only that carbon pricing is necessary to reduce GHG emissions, but that BC’s broad-based, revenue-neutral carbon tax – the first of its kind in North America – is a successful model to follow.

Arkell: Before other provinces put their climate legislation in place, are there policy or implementation barriers they should know about, and take into consideration? In other words, are there any words of wisdom you could give your provincial counterparts, based on BC’s experience?

Premier Clark: One of the great fears of any jurisdiction implementing a new tax is the potential drag it can put on the economy. Our carbon tax is revenue neutral – we’ve used it to cut other taxes – and we have managed to remain one of the lowest-taxing jurisdictions in North America. For me, that’s a critical part of why we have had the success we have had. The carbon tax is about changing behaviour, but it can’t come at the expense of economic growth.

We’ve already had success in reducing our emissions while growing our economy. Thanks in large part to our carbon tax, our strong, diverse economy is growing, and emissions are falling.

Arkell: Ontario and Quebec have chosen to participate in the California led cap and trade program. BC opted for a carbon tax. How are these different approaches mutually supportive? How will the National Energy Strategy led by the provinces, coordinate and manage the two approaches to minimize barriers for businesses operating across Canada?

Premier Clark: BC is not pursuing a cap-and-trade program at this time, since we have already put a price on carbon with the broad-based, revenue-neutral carbon tax. However, to encourage more jurisdictions to include carbon pricing in their action against climate change, BC helped lead the development of the regional cap-and-trade program that Quebec and California are using now.

In June 2014, we announced our province had reached its first interim GHG emissions reduction target of 6% below 2007 levels by 2012. We remain committed to our climate action agenda, and to supporting the efforts of other jurisdictions to price carbon to reduce GHG emissions.

Arkell: What is the most constructive role the Federal government could play on climate and energy policy at this time?

Premier Clark: All levels of government have a role to play in reducing emissions. However, with economic growth and environmental impacts being inextricably linked, and with energy falling under provincial jurisdiction, provincial governments are uniquely situated to be leaders on the climate action file. We’ll continue to work with our counterparts in the federal government, both generally and for support in specific programs and projects.

Arkell: What are the key messages on climate risks and actions 360 Energy needs to share with our customers and Canadian businesses, generally?

Premier Clark:Since the introduction of our Climate Action Plan in 2008, BC has been recognized as a world leader in the fight against climate change. We are making sensible investments in both the climate action, and the energy sector through LNG. These investments help create jobs here at home and provide energy security for the province while ensuring we meet our greenhouse gas reduction targets and protect the environment for our children and grandchildren.

We’ve shown there is no need to choose between developing our oil and gas sector and protecting our environment – if we are smart about it, we can have both. Striking a balance between developing our natural resources responsibly while simultaneously investing in, and creating a market for, new, greener technologies and energy sources of the future will ensure BC prospers in the economy of tomorrow.

Arkell: As provincial climate and energy policies are implemented in Canada, how can business leader’s best position their companies to manage risks and prosper?

Premier Clark: Canadians are climate leaders, and our actions can drive momentum here and around the world to build a green economy that will support a resilient and prosperous future for Canada. In BC, we have taken a unique approach with our revenue neutral carbon tax. That means reductions are applied broadly across individuals and industries – and it has protected overall economic growth, while still creating a meaningful incentive to reduce GHG emissions.

Enjoyed this interview? Want more? Check out our other interviews: