Business After The Pandemic 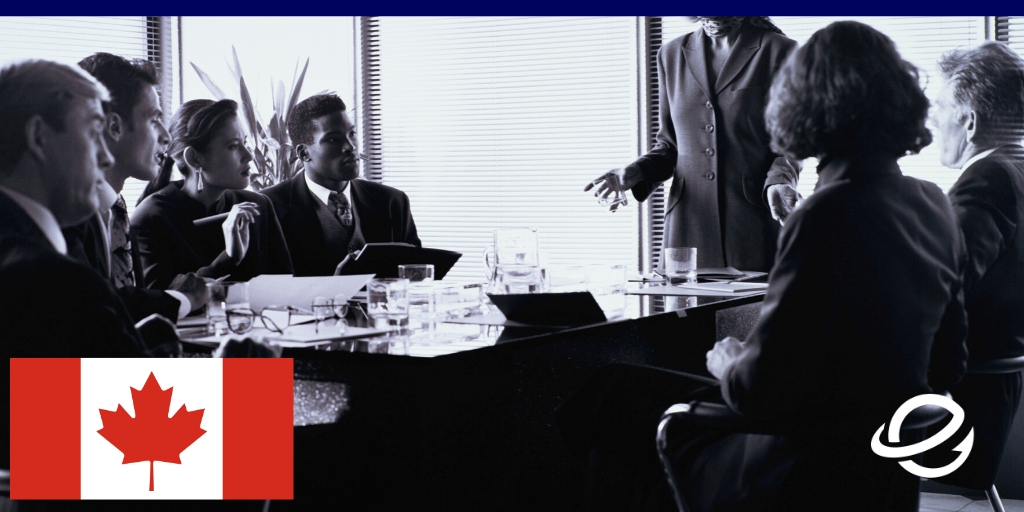 What happens when the COVID-19 Pandemic is over and we return to ‘normal’?

Canada, like many countries, prescribed significant actions to protect the health of its citizens from the COVID-19 pandemic. These actions have had secondary, but profound, impacts on the economy. Unprecedented levels of public spending have been announced to provide an immediate and near future safety net:

The cost of the wage subsidy program is approximately $71 billion, while the new Canada Emergency Response Benefit (CERB) for workers who have lost all their income due to COVID-19 will be $24 billion.

Additionally, many provincial governments have committed to programs to assist in offsetting the impacts of the virus:

As of midnight on Tuesday, March 24, 2020, households, farms and small businesses who pay time-of-use electricity rates will be charged off-peak rates 24 hours a day, seven days a week. The Government of Ontario intends this temporary emergency relief will be in effect for 45 days to support households and businesses impacted by the global COVID-19 outbreak. IESO

The Alberta government announced the finalized agreement with TC Energy to invest in the completion of the Keystone XL pipeline. On Tuesday, Premier Jason Kenney said Alberta will invest $1.5 billion this year, along with a $6-billion loan guarantee next year. “Today we’re taking action that looks beyond (COVID-19) to a better future for Canada’s energy industry and everyone who depends on it.” City News

The Manitoba government is announcing new measures in the Manitoba Protection Plan to provide extra support and relief to homeowners and businesses, and to enhance health preparedness for new medical equipment and shelter space in the fight against COVID-19, Premier Brian Pallister announced today. “Our government’s number one priority during this global pandemic is keeping Manitobans safe and ensuring our health-care system is there for us and our loved ones,” said Pallister. Pembina Valley

At the core, these Federal and Provincial actions and expenditures are being made on behalf of current and future taxpayers with little to no public consultation and with limited engagement/tolerance of opposition parties. Thankfully, Canada’s elected officials have avoided overly politicizing the virus as we have seen by our ‘neighbour’ to the south.

Due to the need for immediate actions, governments have used ‘command and control’ policy tools in preference to the more consultative and lengthy processes of ‘regulations’ and ‘markets’. However, as we move back to more normal times the costs of these decisions will have to be covered. Taxpayers need a way to assess ‘a return on these investments’ made on their behalf.

The Saturday, April 10th Opinion section of the Globe and Mail included the results of a Nanos survey on changes to ‘What’s Important to Canadians’. Between January and April, the Coronavirus moved from 0% importance to over 40%. The Environment declined from just over 20% to about 5%; while Jobs and the Economy stayed around 15%. Health increased from 12% to 16%. 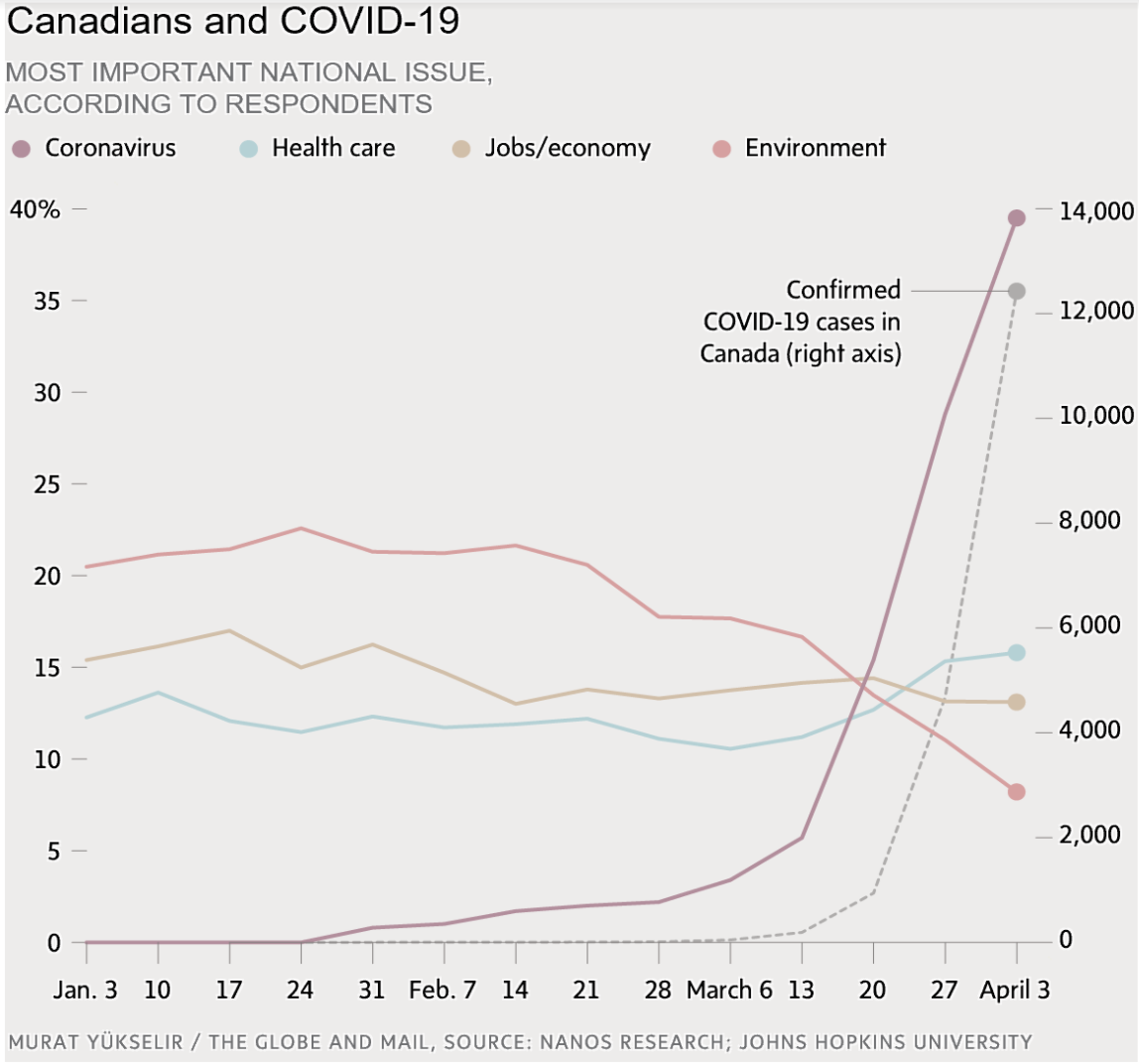 Significantly, Canadian taxpayers have a ‘call’ on future policy initiatives as they fund these myriad of programs. Normally the actions taken by politicians have some form of ‘social license’ based on the most immediate preceding election and the ideology of the party in power. The actions taken in response to the pandemic have not been debated and do not conform to these criteria. Committing $7.5Billion to a pipeline in the US is not consistent with a business-oriented ideology. No governing party had an election promise of subsidizing electricity rates to below cost.

A new process is needed to assess the actions entities and businesses will take to ‘pay returns’ on the public investments they are receiving. One such process would be nationwide implementation of the monitoring and rewarding of Environment Social and Governance (ESG) actions taken by small businesses, corporations, and public institutions. 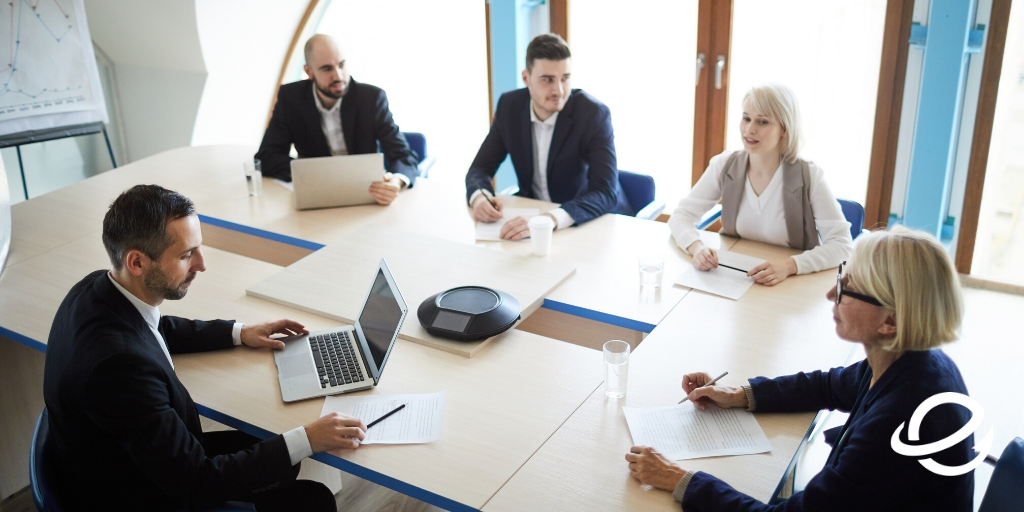 Environmental, Social and Governance criteria quantify the beneficial actions taken by businesses and organizations. As Canadians have already paid substantive sums to maintain the semblance of a functional economy, it is realistic to expect that higher levels of ESG actions should be undertaken in return. Essentially we need a process for monetizing ESG.

As we return to ‘normal’ we should expect exemplary environmental, social and governance actions from Air Canada and Westjet; from TC Energy and Cenovus; from Hydro One and Manitoba Hydro – to name only a few. Further, these actions need to be quantified and monitored over time, with benefits and penalties commensurate with actions taken.

A Cenovus that spends millions on Indigenous housing is ‘entitled’ to a higher percentage allocation of pipeline capacity relative its production than a company that pulled up stakes and vacated the country during the crisis.

An Air Canada and/or Westjet that made lengthy flights to retrieve stranded Canadian travellers and transport medical supplies, is entitled to lower airport fees than foreign carriers that ‘shut down’ flights to Canadians.

A utility that takes steps to reduce its costs for delivery of energy, that encourages distributed generation and that welcomes the benefits of a competitive marketplace to keep rates reasonable, needs to be recognized.

The reward for ESG actions need to be tangible, to be trackable and ultimately monetary. It is a ‘market’ policy initiative to offset the ‘command and control’ actions taken during a crisis.

Sheldon Fulton is a consultant in the energy sector specializing in the design and implementation of markets with specific experience in Alberta and Ontario. Mr. Fulton has appeared as an expert witness during many regulatory hearings. He is a past Executive Director of the Industrial Power Consumers Association of Alberta (IPCAA) and the President of Forte Business Solutions Ltd. (Forte). Forte provides consulting services to the energy and agricultural markets on economic and market issues.